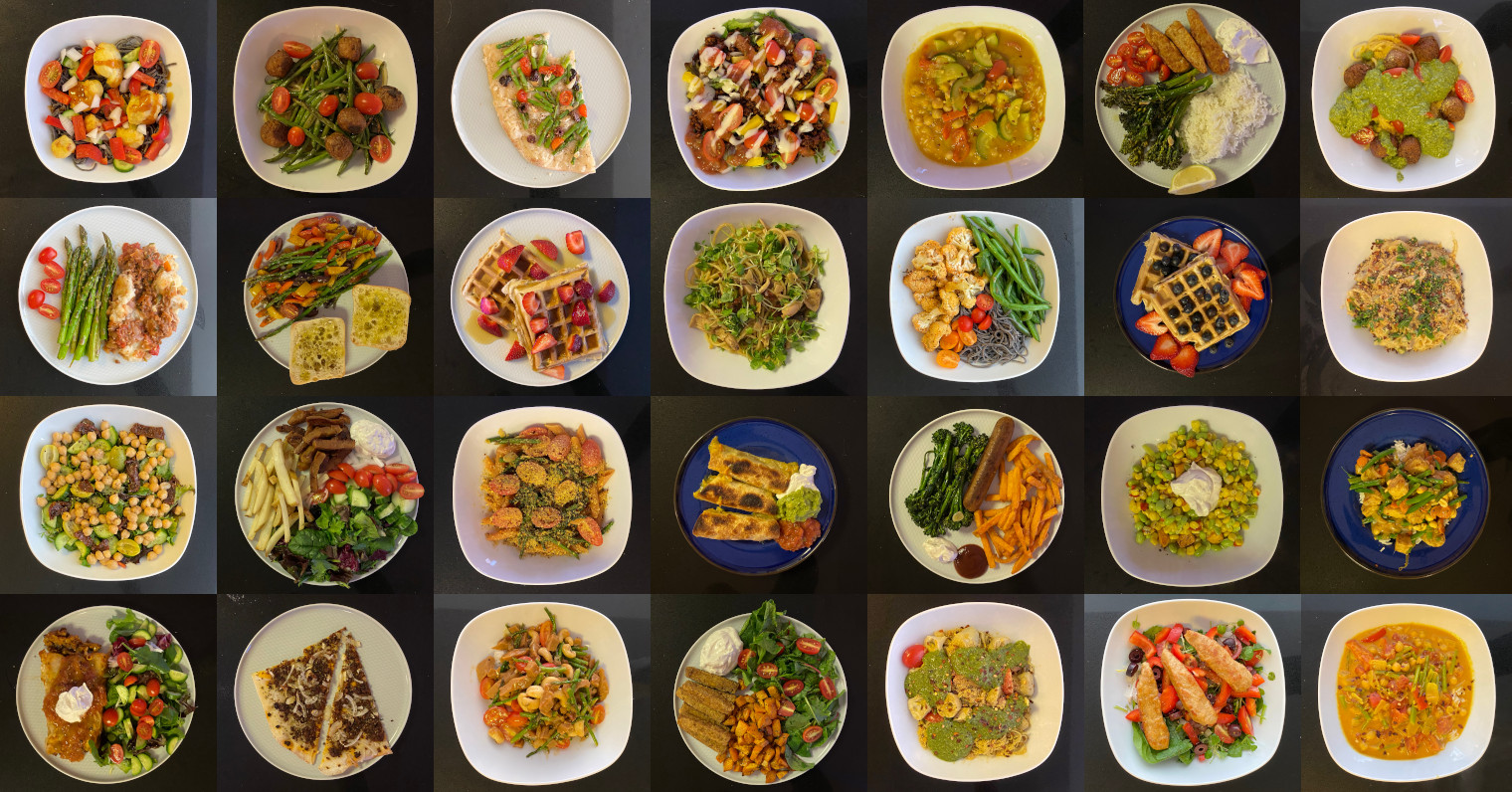 As I am writing this, I have been vegan for a year. My wife and I decided to become vegan on the 7th of December 2019. It was easier than I thought, and it has been good for our health and happiness. Here’s some of my reflections and learnings, perhaps it will encourage you to try it out?

For me, being vegan is a trifecta of moral, environment and health. There are no real downsides to it, I might create a hassle for a dinner party host, but that’s it.

At the top of my trifecta is moral. Killing and eating animals is something that I cannot justify morally to myself any longer. And industrial livestock and dairy production bring with it a lot of harm, pain and suffering. I don’t want to participate in that.

Veganism is good for the environment. Here’s some data on the environmental impact of the food that you are eating, Our World in Data, and here’s a nice infographic, Veganism & the Environment By the Numbers Infographic. Changing my diet is an easy thing to do in the climate change battle.

The third reason for my veganism is health. I was already relatively healthy before going vegan, exercising moderately and playing soccer weekly. But I also sit in front of computers most of the time, I love food, and I am not getting any younger. With the moral and environmental reasons for going vegan, the health benefits are a nice bonus to me personally. I can highly recommend watching The Game Changers, no matter what. There are also numerous sources of information about health and veganism available online, such as this.

The first step is always the hardest. This held true for going vegan as well. Once my wife and I decided to go vegan, it was actually not that hard.

We didn’t go from meat lovers to vegans overnight. The year before we went full on vegans, we had already transitioned into a pescatarian diet. Then in the fall of 2019, we went mostly vegetarian. I also grew up with a pescatarian mother, which I think helps, at least psychologically.

It should be noted that we became vegan before Covid broke out here in the US. So this is not a Covid vegan story. However, being vegan during this period definitely helped with cooking, stocking up and not having to worry about meat shortages. Vegan options such as seitan and tofu last longer than meat in the fridge. The only thing that we really had to restock weekly was the fresh vegetables.

Similarly, I started my company, Bumblebee Mind back in February. And I had the vision from the start to build it as a remote based company. This is not a new concept and there are many examples of success, I can recommend the book Remote. Still people thought that I was a bit out there for aiming to do that. Of course, with Covid a lot of tech companies went remote and now it has become much more accepted. Almost a norm in game development to provide a remote option, at least during Covid. But for the record, I was planning to do it before it was cool 😉

Here are some useful resources if you are thinking about going vegan:

There have been and there are a few minor deviations from the vegan diet.

About two weeks after we had decided that we were vegan, we went to a friend’s Christmas party. Without first letting the host know that we were now vegan. They were anticipating us being vegetarian, so we resorted to those options. Part of why vegans tend to tell their friends and family that they are vegan. Just a reminder, so that they have food options when visiting or going out to a restaurant.

In January 2020, I had to go on a 28 hour business trip to Warsaw. It turned out that during a rush business trip to Warsaw, you either starve or you eat one of the options that are presented and/or served. When traveling outside of NYC, you realize how easy it is to be vegan here, compared to many other places.

Early April, in the middle of the pandemic lockdowns here in NYC, we bought dairy ice cream by accident. Instead of letting it go to waste, we (I) ate it.

When it comes to wine and beer, we have decided to ignore the fact that a lot of them contain thinning agents made of animal products. It’s too much of a hassle to keep track of. I do hope that the wine and beer producers start looking more to non-animal thinning agents.

I am okay with eating honey, while my wife has decided to exclude that as well. So while we have a bottle of honey at home, it is rarely used. When the bottle we have runs out, I will not buy any more.

While pre-pandemic grocery shopping, I accidentally bought egg noodles once. Yeah, I definitely wasn’t thinking straight there. For some reason, I really wanted egg noodles, which of course contains eggs. The package is still on one of our storage shelves and I should give it away to someone that will use it.

I am still the owner and wearer of a leather jacket and boots. The jacket has been with me for over 10 years now and the boots I have had since 2016. Good quality stuff and I look really cool in them. I won’t be getting any new leather products, but I also won’t get rid of what I already have.

I am not missing that much of the food from before my vegan days. Occasionally I miss real cheese, the vegan alternatives are not the same. And there have been times when I have missed meat, especially the texture. But I quickly lose my appetite as I think about the living being that this once was part of.

It’s possible that I won’t stay vegan for life. I can see myself possibly introducing some vegetarian products and even pescatarian alternatives in my diet in the future. However, at the moment I am very happy with where I am. I have the luxury to be able to choose my diet, and I choose to be vegan. For the animals, for other people and for myself.

I love food and I am definitely a bit of a foodie. Here in NYC there are (still) plenty of vegan restaurants and eateries. However, with Covid raging, we have almost entirely been cooking at home. I have definitely been upping my cooking game the last 10 months, with at least 500 meals cooked for me and my wife during this time.

It’s much more fun to cook vegan food. When cooking meat or fish, the star of the meal is usually the meat or the fish. When cooking vegan food it’s easier to be creative. To put the focus on another ingredient. When we want to try something new, we usually find inspiration using Google or one of our many cookbooks. Then I use that as a starting point, use what ingredients we have to create something hopefully wonderful.

Here are some images of my favorite dishes that I cooked this year!

The meat industry is full of shit! Know that they are and have been manipulating us for decades, denying data and attacking science,  The US meat industry’s wildly successful, 40-year crusade to keep its hold on the American diet — Quartz (qz.com). You can find much more on this topic with some googling. Follow the science!

This is definitely a pat on my own shoulder. Yay for me! I have been vegan for a year. This is also a nudge to all of my friends, family and everyone else. It’s not as hard to go vegan as you might think. And on top of that, it’s good for you, the environment and the animals. I can strongly recommend it!